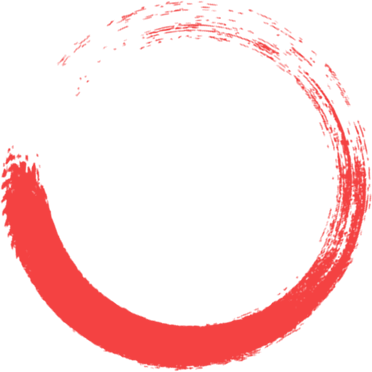 
ChildLinK’s origins dates back to 1995 when the Christian Children’s Fund of Great Britain (CCFGB) established a local branch in Guyana. In 2002, CCFGB merged with European’s Children’s Trust to form EveryChild and the local branch was renamed EveryChild Guyana.

During the 1990s, the programme approach was providing direct aid to children in need, mainly in Georgetown. During the 2000s, EveryChild Guyana, along with its parent organisation, adopted a rights-based approach to programming, and focused its attention on children separated from their families or at risk of being so. The change from direct aid to a rights-based approach introduced efforts to develop projects that not only changed children’s lives, but also resulted in the sustainable development of Guyana’s child protection system.

From 2003 to 2006 the programme focused on basic health care, primary education and orphans and vulnerable children, particularly those living with or affected by HIV and AIDS in Linden and Georgetown. The end of programme evaluation found that work with children, parents, caregivers and teachers had resulted in a significant reduction in abuse of children in the home and in school. Through listening to children, the programme learned that the children’s priority issue was violence and abuse and a desire for emotional support to deal with it. A study to prepare for the next strategy period revealed a clear connection between family violence and children losing parental care.

From 2007 to 2011 the programme was implementing EveryChild Guyana’s final Country Strategic Plan. The Every Child Guyana team developed a localization process which focused largely on establishing ChildLinK – a local not for profit organization to carry on the vision of EveryChild Guyana. Hence while part of the plan concerns EveryChild UK’s strategic withdrawal from Guyana in March 2011, the larger focus was transitioning to a local programme – ChildLinK Inc. The strategy of 2007 - 2011 delivered through four main projects: OneLife, Pickney, Every Child Counts and partnering with MHSS in piloting the Foster Care – Alternative Family Based Care initiative and HUG. During this period, ChildLinK engaged more than 1,000 children raising awareness of children’s rights and implementing the Ministry of Human Services and Social Security’s Foster Care programme. Additionally, more than 1,000 parents were engaged in parenting skills education to introduce them to positive parenting approaches as well as building the capacity of teachers and educators in child-centred teaching methodologies and children’s rights.

In 2010, ChildLinK was the implementing partner in the Tell Scheme campaign where children were sensitized on child abuse and its effects as well as preventing and reporting abuse. In 2014, ChildLinK expanded on the Tell Scheme campaign nationally through the implementation of the Empowering Children in Difficult Circumstances (ECDC) project. The ECDC introduced Child Advocacy Centres (CAC) in Regions 3, 4 and 5. The CAC utilizes a multi-disciplinary approach to delivering services to child sexual abuse victims. The CAC trained Counsellors in facilitating trauma cognitive behavioural therapy, forensic interviews and court support services to child sexual abuse victims while working collaboration with stakeholders such as the Childcare and Protection Agency (CPA), Guyana Police Force and Chambers of the Director of Public Prosecutions. From 2014 to 2020, the CACs provided services to more 1,500 victims of child sexual abuse.

In 2016, ChildLinK initiated the implementation of the Child Rights Alliance where more than 7,000 children were engaged in sensitization sessions on child abuse and alliance of 20 civil society organizations and government agencies was established for the protection of children from violence and abuse. In 2018, ChildLinK commenced the implementation of the Recovery Safeguarding Reintegration project. This project, implemented in collaboration with the CPA, strengthened the CPA’s reintegration process through capacity building of reintegration actors in various disciplines as well as introducing reintegration guidelines in line with international best practices. By 2021, the RSR collaboration reintegrated 100 children from orphanages to family-based care. ChildLinK also initiated the implementation of the OneLife Too project. This project provided support to children with mild autism, their families and teachers to integrate the children into public schools at the primary level.

ChildlinK’s 2030 strategy aims to strengthen the programme’s prevention initiatives to prevent child abuse while maintaining a high level of intervention.